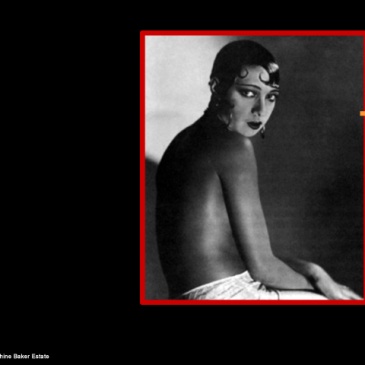 Dr. Terri Francis will be in Chicago this Friday night April 1 at 7PM for a screening and conversation with Kevin Jerome Everson at Black Cinema House! For those unable to make it, please enjoy and share this Women’s History Month Q & A with her on Josephine Baker, Black women in film, and “the burlesque.” … END_OF_DOCUMENT_TOKEN_TO_BE_REPLACED

The gospel-influenced and classically-trained pianist and composer is in renaissance of interest and celebration thanks to the establishment of Billy Strayhorn Songs in 1997. The family-owned company’s efforts include marking the centennial of his birth in 2015. The Bill Strayhorn Foundation, Inc’s is committed to deepening appreciation for jazz music in general, starting with Strayhorn. Now longtime fans and new discoverers can enjoy Strayhorn: An Illustrated Life, a fine biographical coffee table book available from Bolden Books/Agate Publishing in Chicago. … END_OF_DOCUMENT_TOKEN_TO_BE_REPLACED

Racial profiling does not discriminate by gender…it’s time to tell our black girls the police may not be working for them. … END_OF_DOCUMENT_TOKEN_TO_BE_REPLACED

I wrote about the many advantages I had as a child of a teen mom over at SheKnows.com. Happy Mother’s Day and enjoy! #Juwana #ILoveMyMom
… END_OF_DOCUMENT_TOKEN_TO_BE_REPLACED

Want a periodic surprise email of my favorite arts, culture and essays? Get negression’s Tiny Letter.