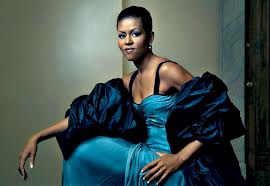 “Anyone can become angry. That is easy. But
to be angry with the right person, to the right
degree, at the right time, for the right purpose
and in the right way… that is not easy.”
— Aristotle.

One would be hard pressed to find any public demonstration or clue as to an inherently “mad” or “angry” person lurking on the surface or even deep inside of Michelle Obama.

In the elite class of  First Ladies in which she resides and with nearly 50 predecessors before her, Mrs. Obama ranks among Abigail Adams, Mary Todd Lincoln, Eleanor Roosevelt and Jacqueline Kennedy in terms of recognition, studiousness, diligent work and an identity of her own entirely separate from her world-leading husband.

In terms of public visibility and community exposure the African-American Obamas have had to consider their primary job it seems, she ranks second to none.  While former first ladies hosted scant events in the big home during the week and rushed to country abodes in order to be ornaments of the home, Mrs. Obama has a packed schedule always: global dignitary events with hubby, media appearances, and even hauling lumber on Extreme Homemaker (in a delightful episode that covered a rehab for a home of female veterans).

The first and only time we have seen the First Lady angry is when she should have been: after being called as such by a new book, without having to do a thing to earn it but be among the most popular people in the world. I will not dignify the book which made such accusations or give it more free promotion than it has already stolen. It is a disrespectful publication during a time this country has other realities to address. I will only provide a glossing of Black women who were not normally mad or angry–except when need be.  And she changed the world with it. If this is what being “mad” looks like, count me in.